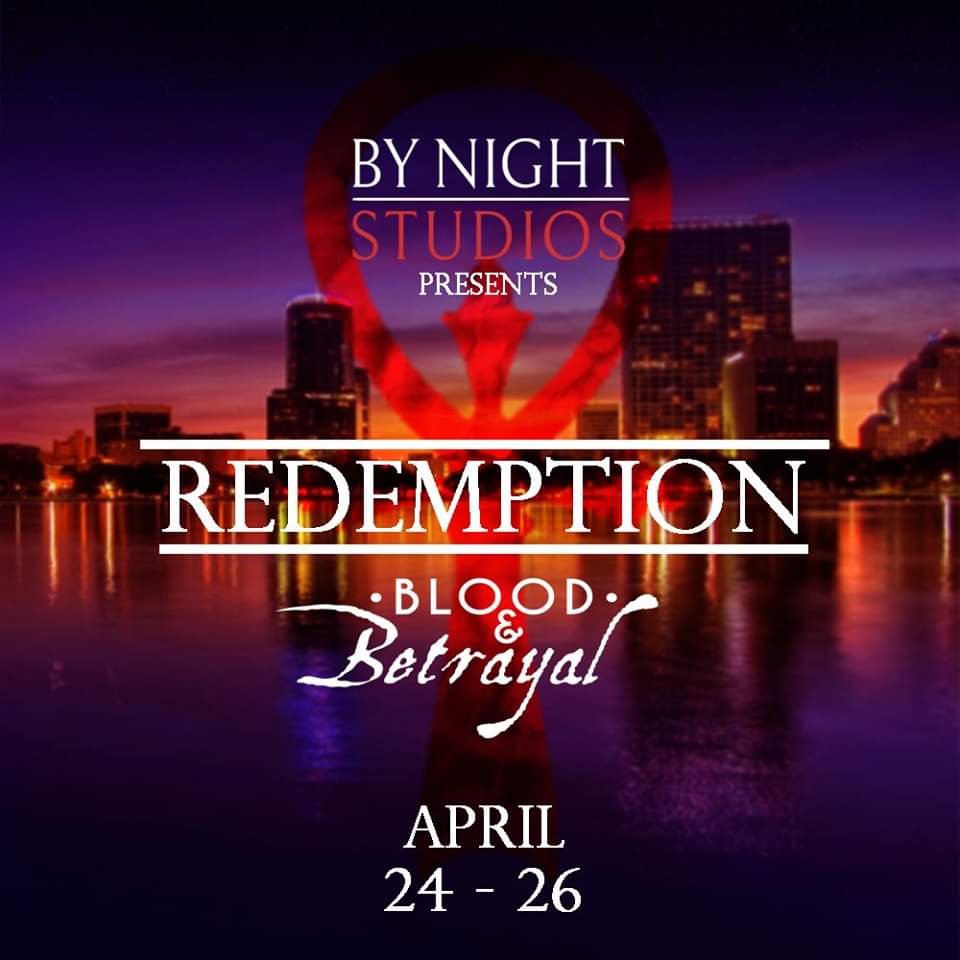 All character creation materials and event standards will be sent via email after ticket purchase.

For  more information or to purchase tickets, click here.

“Words are knives, and fangs hide behind every smile.”

In 2016, Madame Guil’s long list of terrible crimes was finally exposed. Being found guilty of treason at a Judicial Conclave in New Orleans, she was stripped of her position as the Toreador Justicar and sentenced to death. Through the use of copious prestation, her execution was delayed as long as possible and is currently scheduled in late 2020. Until then, Guil has been exiled to the Camarilla Domain of Orlando, where Nosferatu Prince Nicodemus has been tasked with keeping an eye on her. With the date of Guil’s execution drawing near, the young Prince has inexplicably announced a gathering at the Abbey; the central location of the Rack of Orlando. While many speculate whether Guil will be allowed to attend, the gathering will be officially hosted by Sir Henry Johnson, the newly appointed Toreador Harpy of Orlando. The timing of his appointment is unlikely to be a coincidence. With the shadow of the Ivory Tower looming over the previously benign city, other Sects have turned their attention to Orlando. Word is that Herbert Westin, childe of the infamous Smiling Jack Drake, has been active in the area. This rumor is sure to draw other members of the Anarch Movement. In addition, the Independent Alliance is certain to send agents to further their own agenda and shadowed schemes.